We wanted to raise awareness of the 2015 Beetle lineup through a digital led campaign that spoke to the cars unforgettable personality and its strong ties to music and pop culture. The website featured video stories from artists like Mother Mother and Jann Arden, and asked fans to submit their own story for a chance to win a car. We also created a first-of-its-kind virtual test drive using Google Street View where users could tour iconic Canadian music locations in a Beetle of their choosing. Music trivia was surfaced at each stop on the tour. The campaign was supported through contextual preroll video and banner placements, and with branded content on Volkswagens social channels. 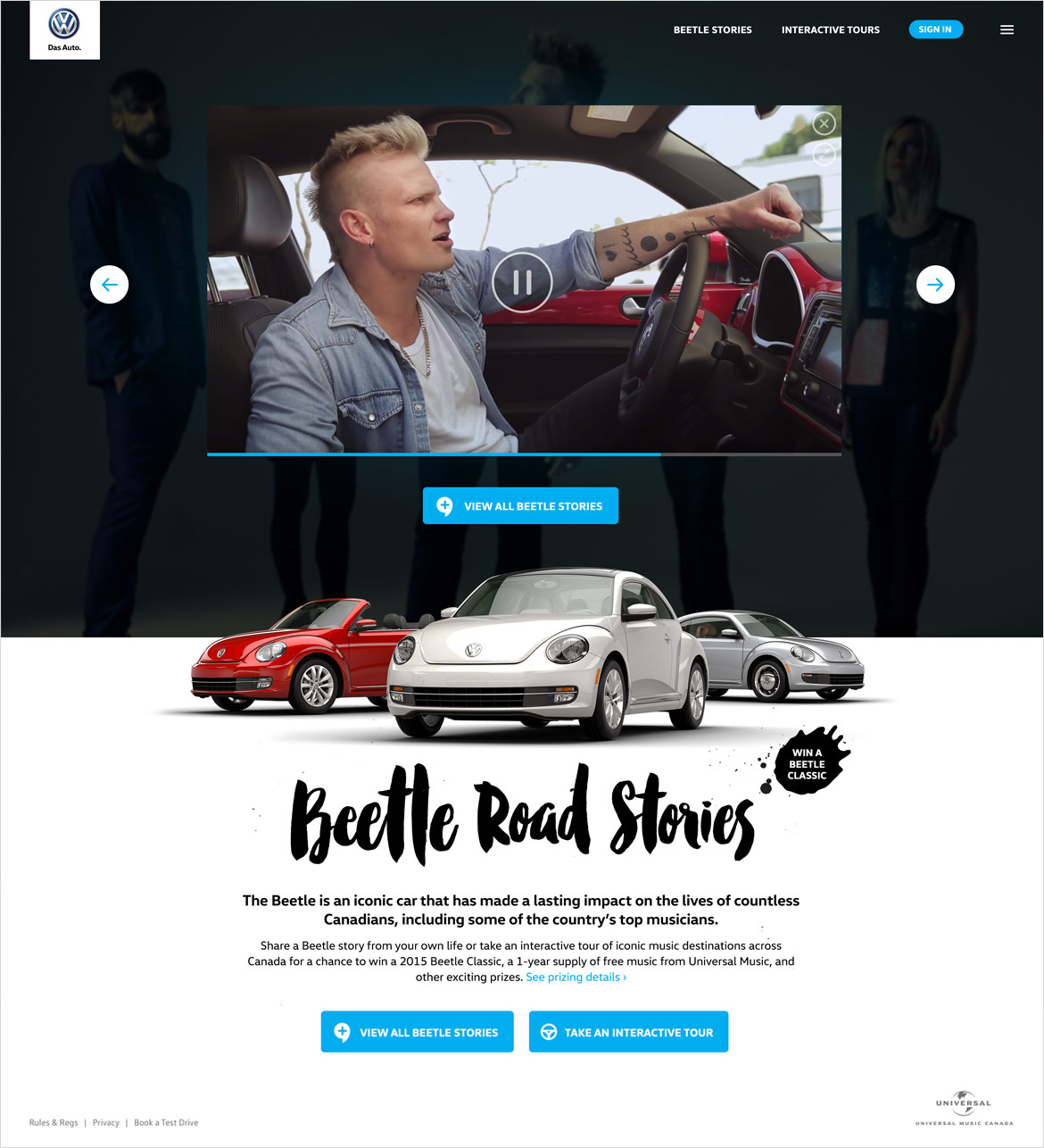 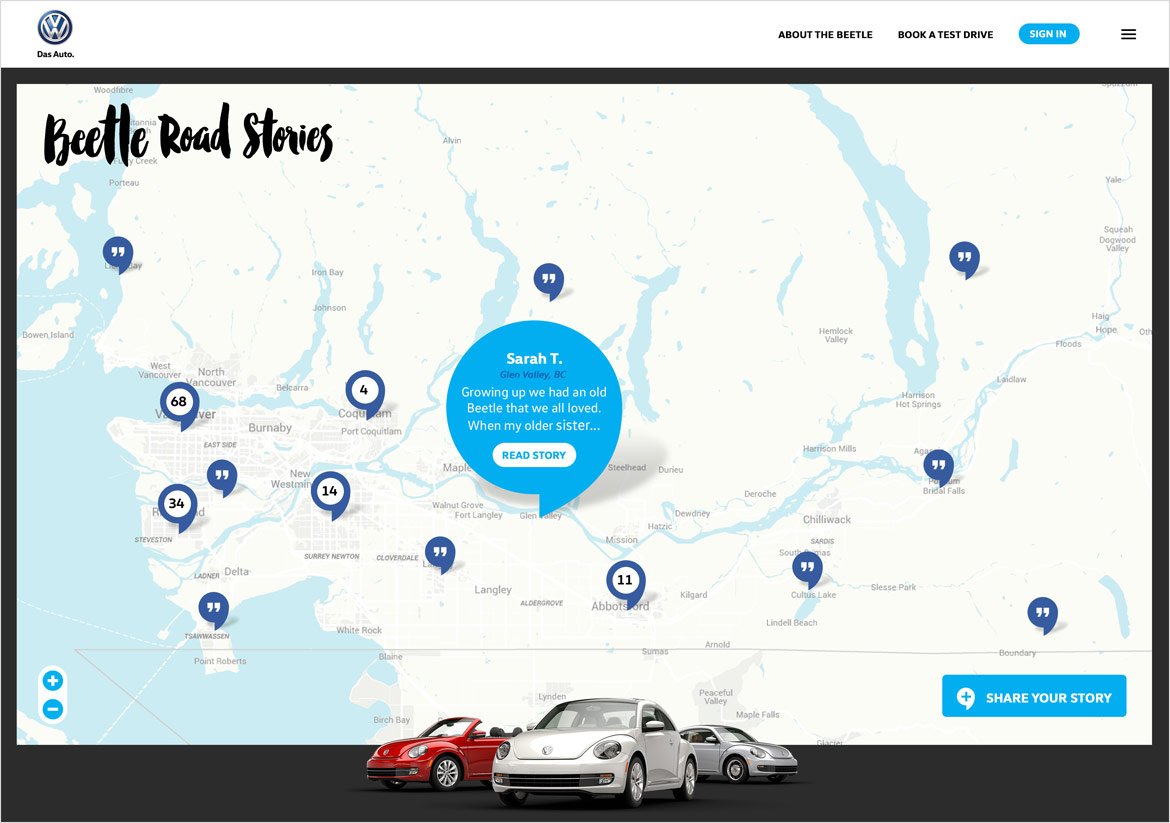 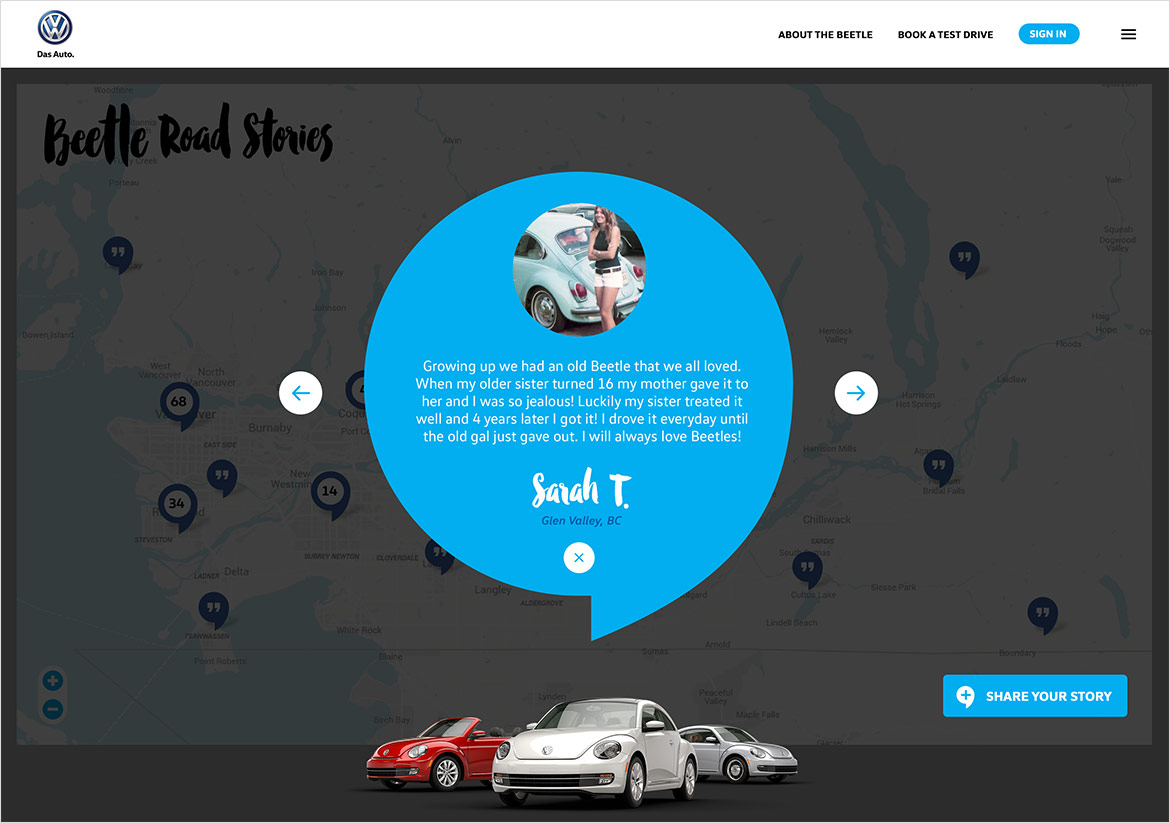 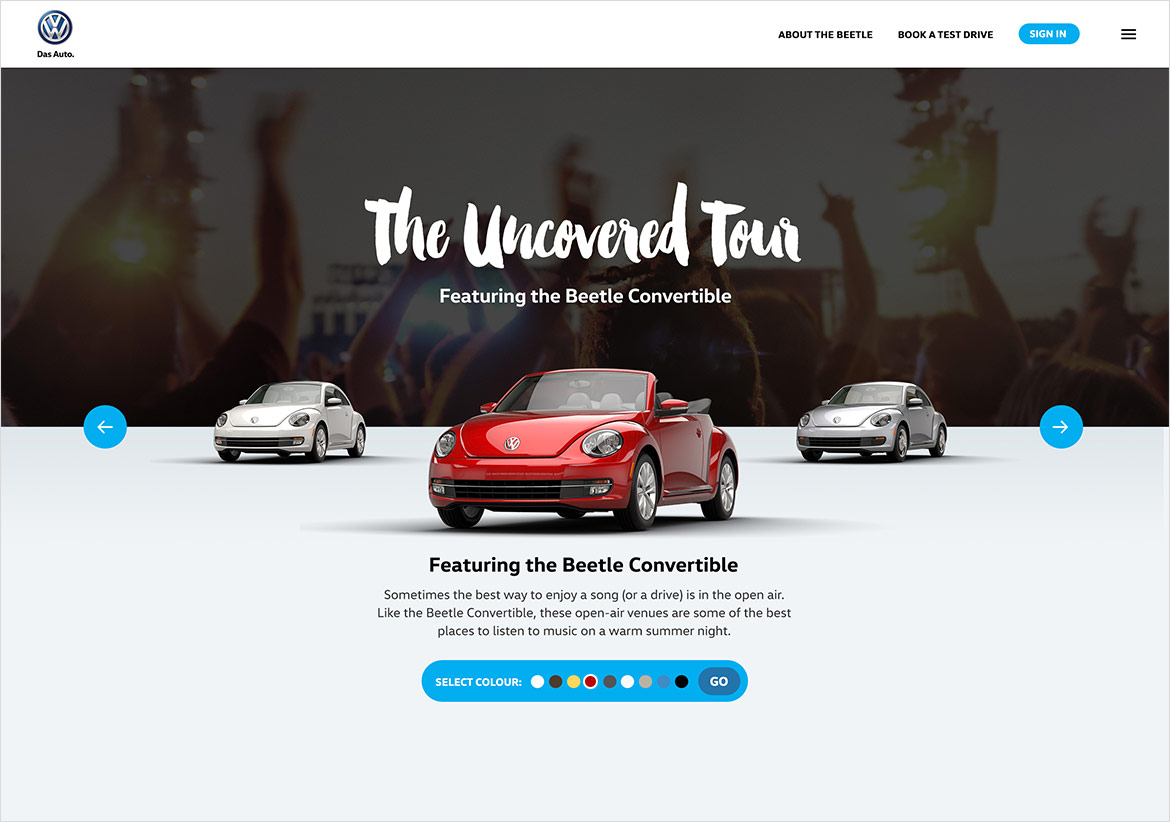 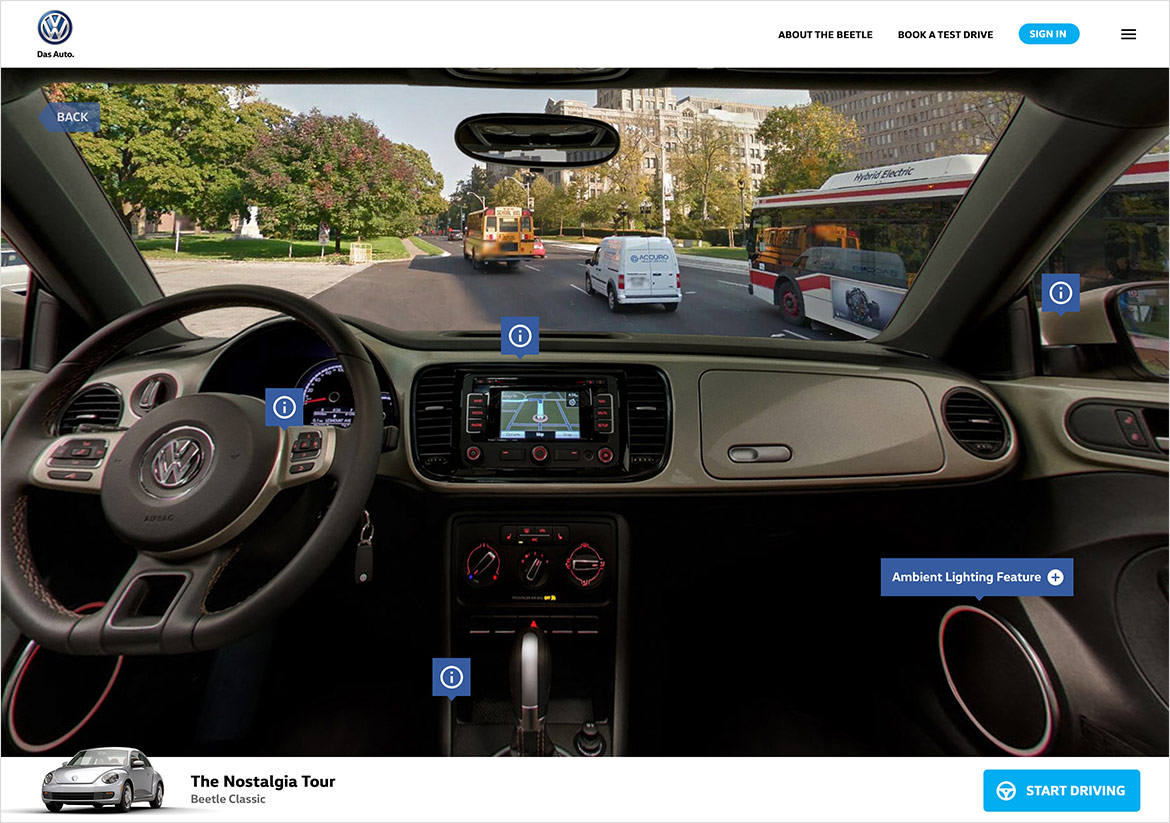 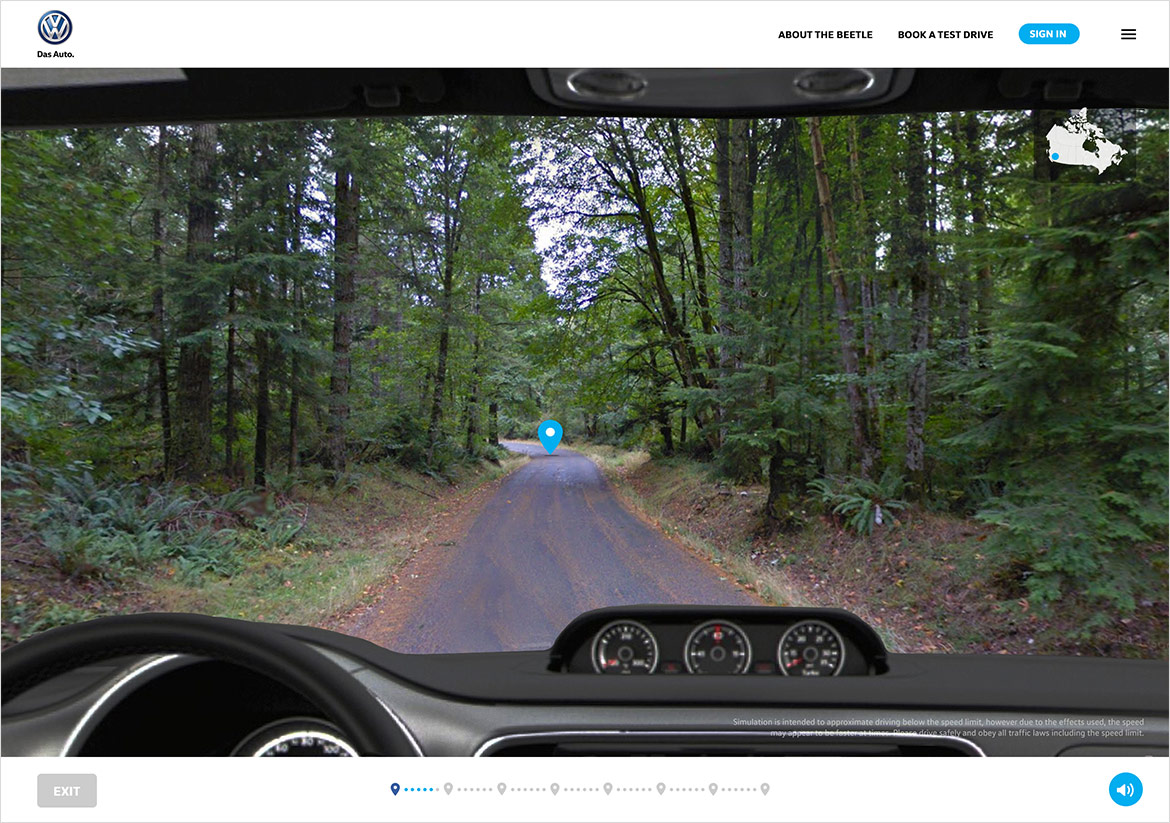 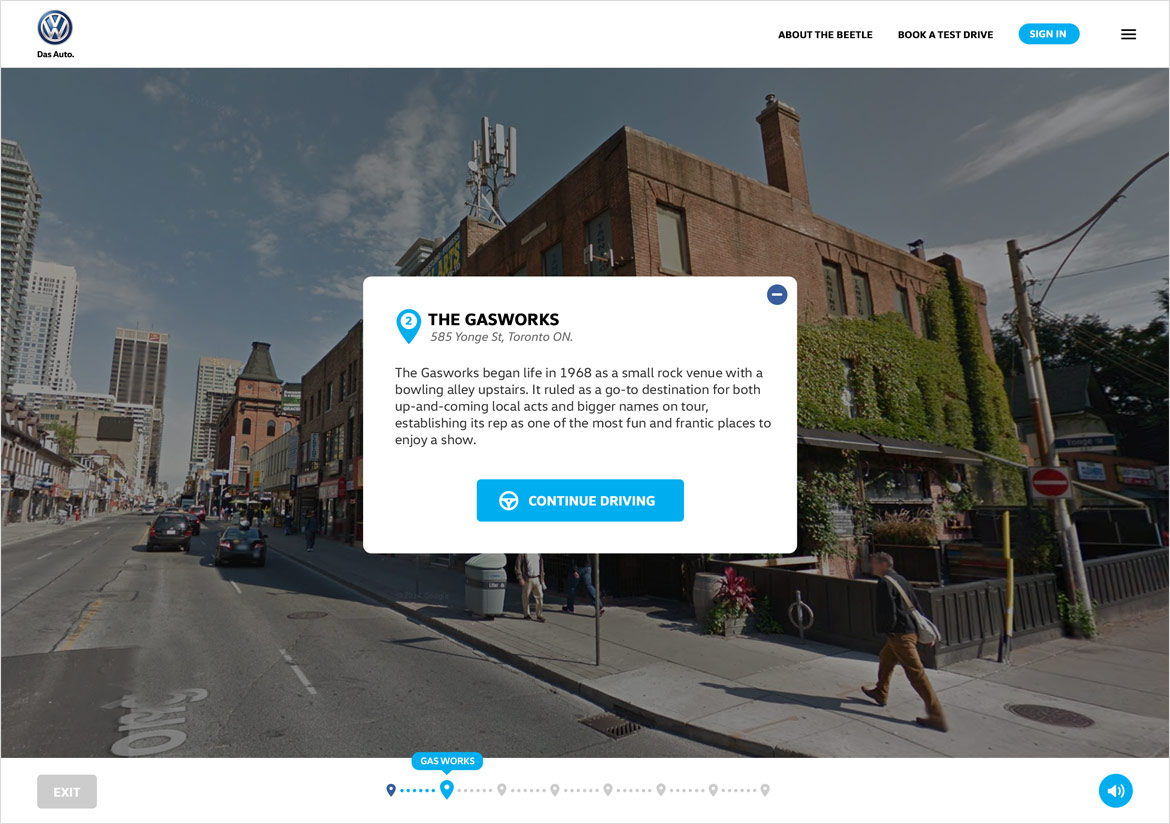 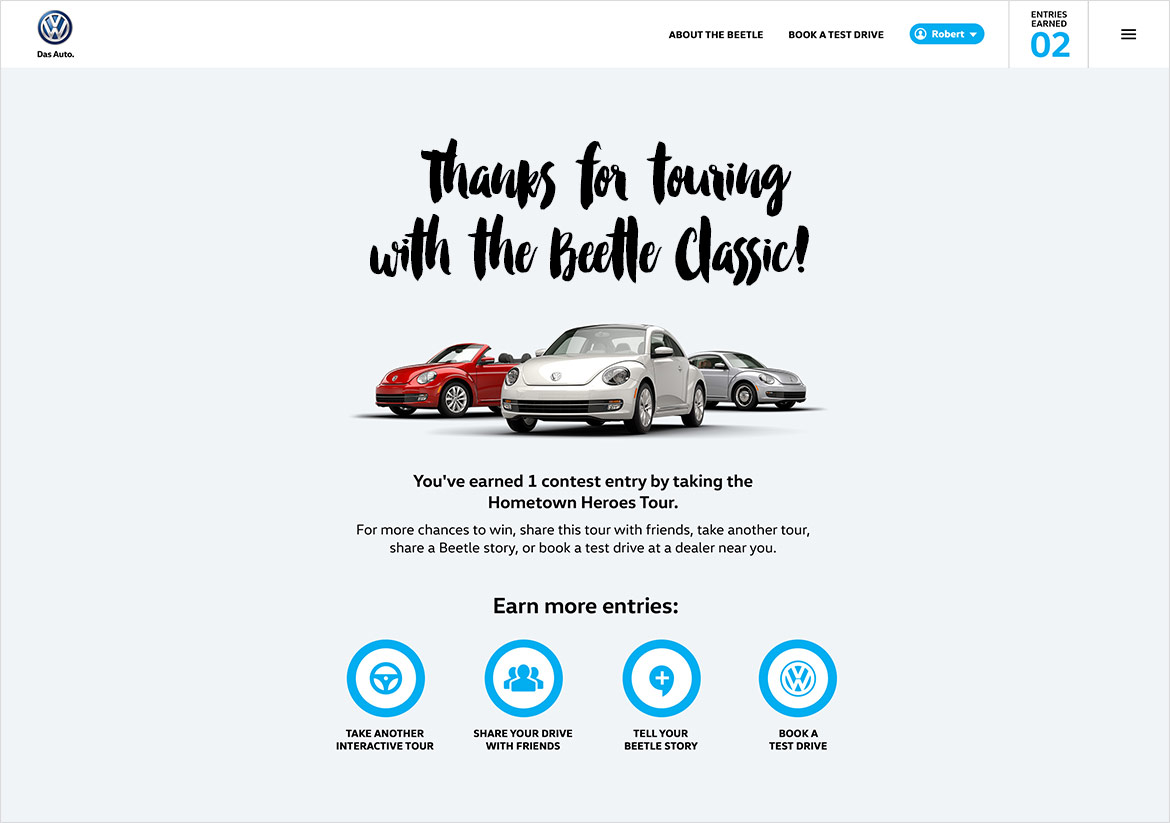 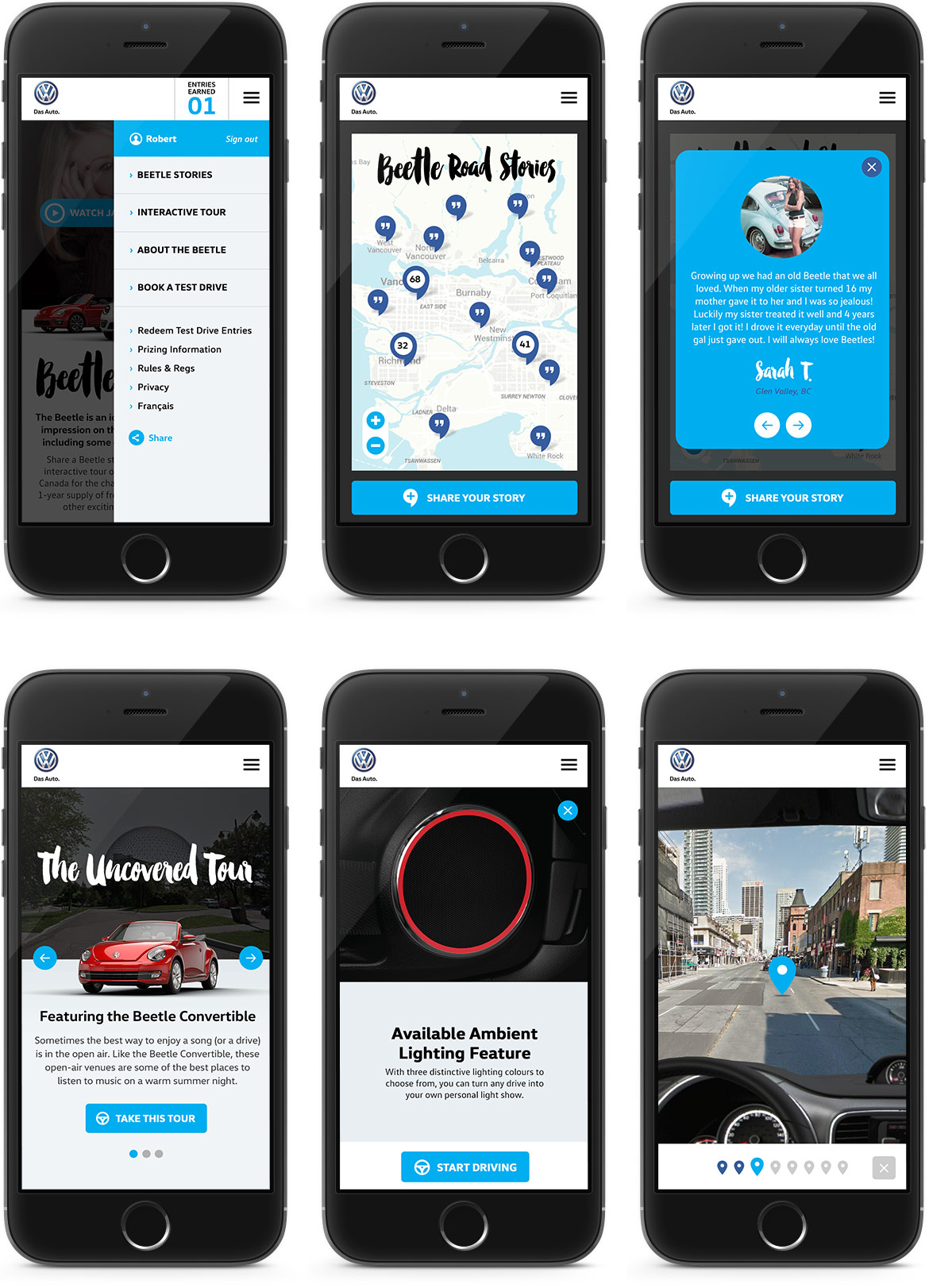 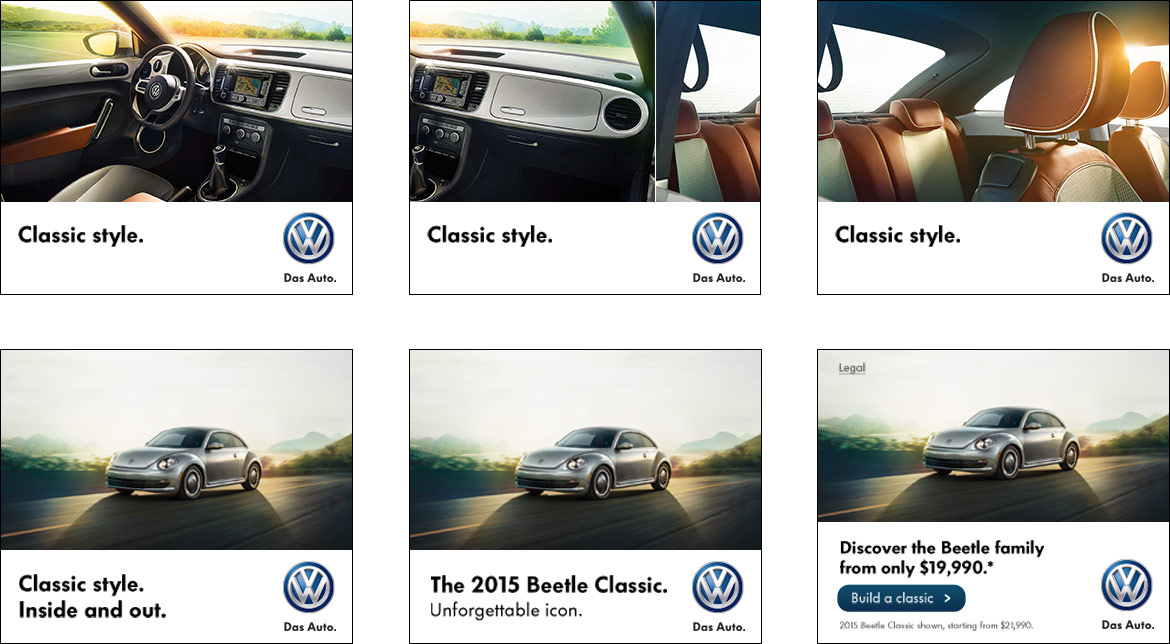